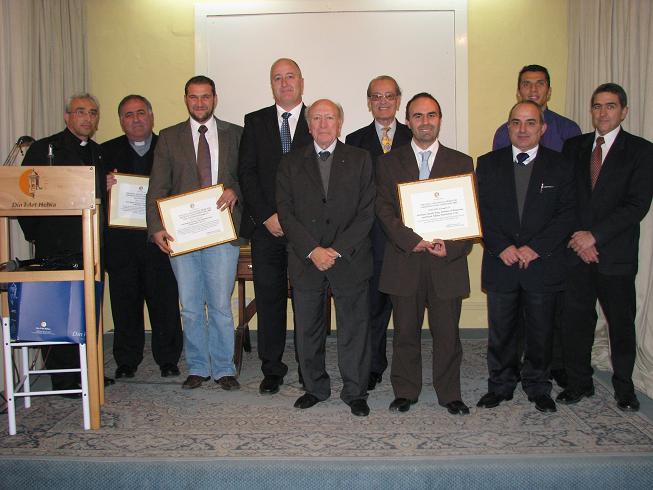 The Din l-Art Helwa Award Scheme was set up primarily to encourage better architecture. Din l-Art Helwa wanted to reward any building project that made an outstanding contribution to architectural excellence in a Maltese context. The criteria used in judging the awards have been based on the quality of work executed, its historical, cultural and social relevance, the research conducted and the aesthetic and visual merit of the project. The over-riding consideration was the significance of the project in the Maltese context and its contribution to Maltese cultural heritage. The scheme is set up with the support and advice of the Kamra tal-Periti.

While there were no applicants this year for the first category within the Award Scheme, that of a Major Regeneration of a complex on a grand scale, Martin Scicluna said it was most encouraging to see the exceptional restoration now coming to fruition at Fort Manoel and the plans finally to transform ‘the disgraceful eye-sore that is Freedom Square, the Opera House site and the appalling City Gate commenting that the country surely cannot go on arguing self-indulgently for another seventy years’ about this project.

The Din l-Art Helwa Prix d’Honneur and also the overall Silver Medal for 2009 in the category for conservation and restoration was awarded to the restoration of the Carmelite Priory of Mdina as an outstanding example of a 17th Century baroque building which has been restored to the highest standard and is now open to the general public, offering a fascinating insight into the way of life of the cloistered friars as well as access to an impressive selection of paintings, silver, sculptures and other objets d’art. Given the richness of Malta’s ecclesiastical heritage, the judges of the Award hoped that the pioneering initiative taken by the Carmelite Priory would encourage other monastic orders to follow. Its restoration was carried out by the Restoration and Conservation Co-op Ltd led by Paul Muscat.

Architect Martin Farrugia of MF Architecture was awarded a Diploma for a most important contribution to architectural heritage for his rehabilitation and re-use of 254 St Paul’s Street, Valletta, now Dar-Ewropa. The restoration of this 16th Century Valletta town house combines daring modern interventions with the aesthetic and architectural integrity of the building including comprehensive access facilities for the disabled. This excellent rehabilitation has successfully converted this 400 year old classic example of a Valletta town house into modern offices by the European Parliament and now houses both the offices of the European Parliament Representation Office and the European Commission Office in Malta.

The restoration of Villa Francia was a successful example within the third category of the Award Scheme, that of restoration and conservation of a period building. Architect Claude Borg was awarded a Diploma for his sensitive restoration of the elegant 18th Century Villa in Lija which was carried out with great attention to detail. The villa, its intricately painted interior and its extensive grounds, gardens and statuary have been beautifully restored and returned to their former glory after several years of abandonment and neglect.

Martin Scicluna concluded by saying that the Architectural Award Scheme was conceived as a means of contributing to the debate on the standards of our architectural design and the urgent need to improve quality in development. Din l-Art Helwa continues to believe that while there is much work being done on the restoration of monuments and heritage sites, poorly conceived urbanisation continues to proliferate in a most unbridled fashion and is resulting in an explosion of ugliness and in the tragic loss of the indigenous Maltese architecture that was unique to our island.