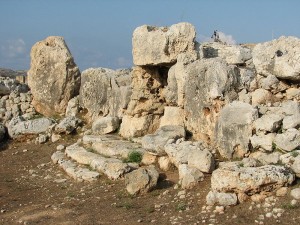 The government has now announced that it is considering legal options concerning the permit for a residence in the buffer zone of the Ta’ Hagrat neolithic temple, which is a UNESCO World Heritage site.  A petition signed by around 1,500 people was launched by FAA and calls on the government to stop this development. The Opposition is calling for the land to be expropriated.

Besides expropriation, the other legal options might include issuing a conservation order to stop any works from going ahead or revoking the permit if there are grounds to do so.

It is opportune to point out here that the government has presented proposals for consultation as part of the MEPA demerger which will weaken both these legal options in future. The new proposals aim to reduce the powers of scheduling and conservation orders in favour of “safeguarding implemented development rights.” They also propose to restrict the powers of the Authority to revoke permits.

Conservation orders and the revocation of permits can be controversial but they are important legal tools which in my opinion should not be weakened as they are already quite restricted as it is.

To give you an example, a well-known case was that of a block of flats near the Belvedere in Lija in 2008. After the permit for the block was granted the Lija local council and residents protested and, after quite a bit of drama, a conservation order was issued to stop the works. The permit was later revoked completely.

With these new MEPA proposals, it is likely that a conservation order like the one issued at Lija will no longer be possible.