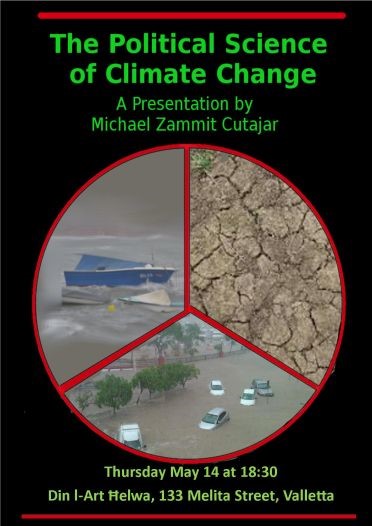 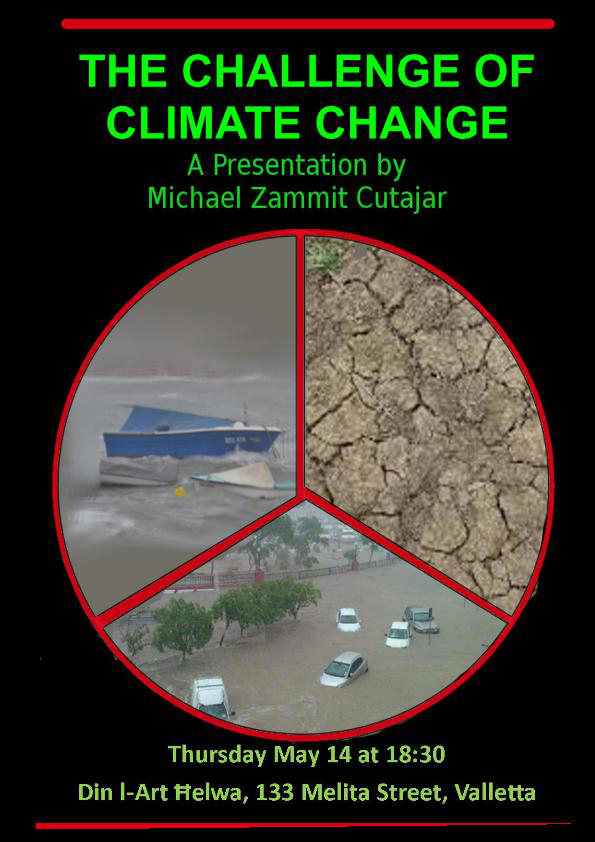 Michael Zammit Cutajar will deliver a talk on this subject at Din l-Art Helwa on Thursday, 14 May at 18.30 hrs.  The talk will be followed by time for questions.

Man-made climate change has been on the United Nations agenda since Malta put it there in 1988.  After a quarter-century of international discussions and negotiations, in which the speaker has been involved in different roles, we still do not have a global political and economic response that is adequate to meet the challenge.  The current effort to fashion an ambitious and robust international agreement will culminate at a conference in the suburbs of Paris in December this year: the 21st session of the Conference of the Parties to the United Nations Framework Convention on Climate Change – known in the jargon as “COP 21”.

Mr. Zammit Cutajar will address the interaction of science, politics and economics around the topic of climate change, explaining the handicaps in the negotiations and sharing his expectations of a result in December.  He will also outline some issues facing the Mediterranean region  and Malta within it.

Michael Zammit Cutajar spent most of his professional career in and around the United Nations, in Geneva and Bonn. He was assigned in 1991 to head the secretariat supporting the climate change negotiations and was appointed to be the first Executive Secretary of the above-mentioned Convention (1995-2002).  From 2002 to 2011, he was Malta’s first Ambassador on climate change.  He is currently advising the Paris-based Institute of Sustainable Development and International Relations (IDDRI), a “think tank” that is supporting the French Presidency of COP 21.

The talk is free of charge but donations to Din l-Art Helwa’s conservation fund will be appreciated.  For further information : Tel 21225952  – email info@dinlarthelwa.org